The Blue Dawn is a volunteer collective that connects Bahujan people with cast-aware mental health therapists, and sometimes with supporters who will sponsor sessions directly. I recently built them a WordPress site using Roots's Bedrock and Timber/Twig templating.

This project started because a friend reached out asking if I'd speak with a friend of a friend who was working on a new nonprofit and needed a website. I connected with TBD's founder, Divya Kandukuri, and spoke about their needs. They didn't need much – just a site with a CMS and some forms. I got the sense that Divya was supremely competent and had picked a really good intervention point: directly connecting people with resources that can help them in their time of greatest need, raising awareness about one of the most vicious forms of oppression, and helping those affected build community resilience among those affected by it.

How could I not get involved with such a great project! Besides, I was taking some extra time off work anyway, and I am trying to find more ways to be directly useful to smaller organisations rather than always (as I do at my day job) working with larger scale tech systems for more professionalised organisations.

Check out the repository here

We have been using Bedrock at work so I started there. The other WordPress site I maintain uses Sage, so I used that to deploy the first draft of the site at thebluedawn.org. But the design I wanted wasn't easy to execute even with Sage's relatively simple (but still very WordPress-y), so I added the Timber plugin and started porting the theme into Twig templates like this one. 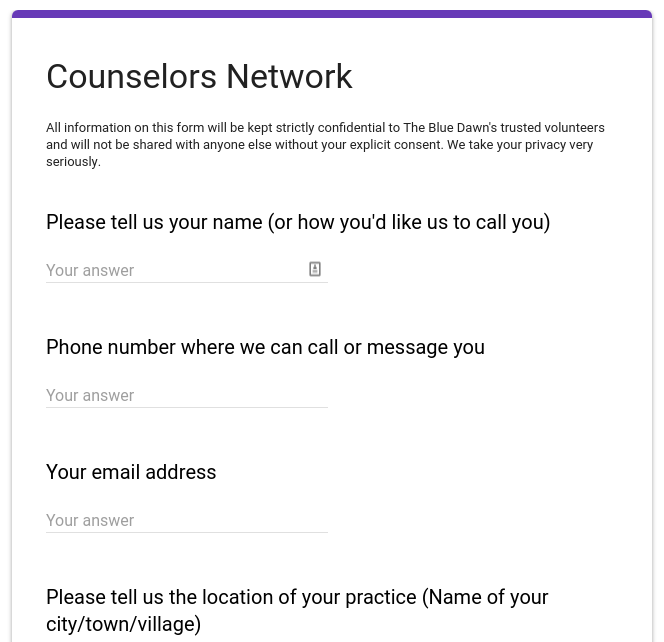 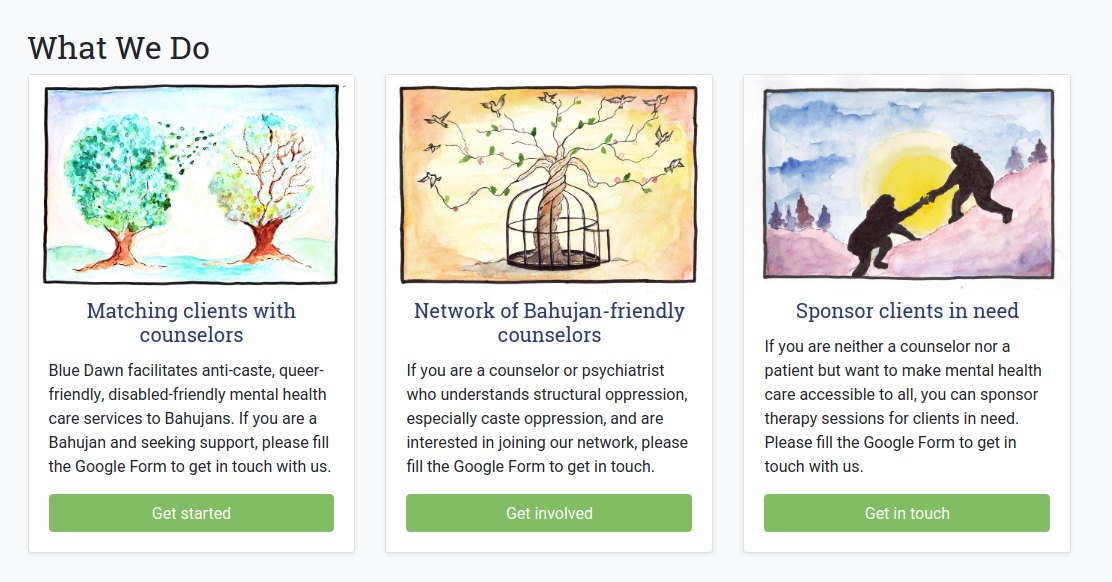 The styles are BootStrap 4 with very little customisation. The WordPress server is my own Digital Ocean box where I host another WP site. And Cloudflare manages the DNS and provides its free Universal SSL. Since I already had the server, the site is basically free to run for the foreseeable future (which is important for a volunteer collective that doesn't have funding).